At Waterthorpe we run a range of extra-curricular clubs before and after school. Children’s University credits are earned by attending our morning sports club and after school clubs.

Each term we ask children to apply for the clubs that they wish to go to after school and places are allocated fairly. All morning clubs are by invitation only.

All our clubs are run by qualified coaches or other professionals.

If your child is interested in attending Judo, a great Judo club is  run at Westfield School. 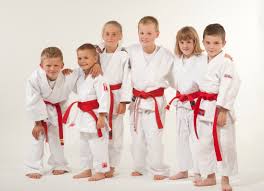